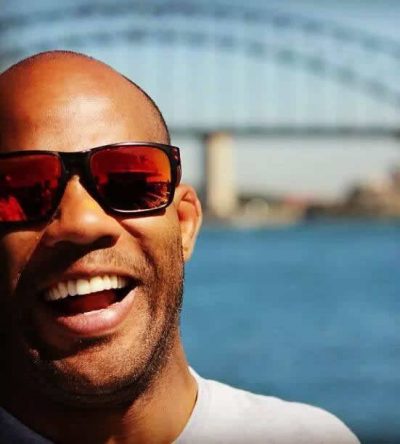 I was born and raised in Rio De Janeiro, Brazil. I’m a 1st degree black belt under professor Breno Angelo of Gracie Humaita Petropolis. Since we first opened in October 2017,  I’ve been pumped to be operating Melbourne Jiu-Jitsu Academy in Prahran, Melbourne.

I was only 7- years- old when I had my first experience with martial arts training in Judo with my brother, but soon losing interest. Later, I was introduced to Gracie Brazilian Jiu-Jitsu as a 14- year- old, but continued to float between different sports and martial arts. It wasn’t until I was around 17- years that I began to take my Jiu-Jitsu seriously.

Jiu-Jitsu changed my life. Teaching me many important life lessons, on and off the mats. It quickly became more than just a hobby –. it became a way of life. Now, as reflected in our academy logo, I am fiercely dedicated to the gentle art; ‘Dedicado a arte suave’.

Later, I moved to Australia in 2012 at the age of 26 as brown belt. I continued to train, also teaching at Nexus Gracie Jiu-Jitsu Academy and Leverage Academy in Melbourne, both part of the Pedro Sauer Association.
In 2014, after 11 years of hard training I finally received my black belt from my professor Breno Angelo it was a special day!

I have been an active member of the Australian Jiu-Jitsu community often refereeing at national competitions across the country.

I recently completed a certification course for the “Ginastica Natural” method of training, administered by Professor Alvaro Romano. This new methodology of training is being used by fighters and professional athletes around the world and I’m super excited to incorporate it into my teaching. You can check out more about it here: http://www.ginasticanatural.com/en/

It has been a long-term dream of mine to open my own Jiu-Jitsu Academy here in Melbourne. I can’t wait to share my passion and knowledge with others and grow my own Jiu-Jitsu family. I’m looking forward to seeing you on the mats!